Patients from all over Switzerland as well as from other countries of the world are always trying to get an appointment with the professor of the University Hospital of Zurich, Peter Bauerfeind. The modern unique technique used by the professor literally allows him to perform miracles, and with the help of simple endoscopy not only to detect emerging tumors, but also to successfully treat the early stages of esophageal and stomach carcinoma, avoiding chemotherapy, irradiation and surgery. Is it possible to prevent a terrible illness? And what can modern medicine offer in the fight against disease? That’s in today’s interview.

— Intestinal cancer is the second most common among the oncological diseases. American scientists noticed a curious pattern: after analyzing the data from the beginning of the 20th century to the present day, they found that the number of diseases began with an increase, and then started to decrease. It’s impossible to say why this happened, since it is not related to the work of doctors. Today, intestinal cancer occurs in approximately 5% of the population: 3% in women and 6-7% in men. And it does not matter whether it is in Europe, Asia or America — the figures are the same. Gastric and esophageal cancer is less common. However, esophageal Barrett’s carcinoma is the only type of carcinoma, the incidence of which is increasing from year to year. One common cause is being overweight.

— Apart from the people who are overweight, who else is at risk of contracting one of these diseases?

— Esophageal squamous cell carcinoma is definitely related to tobacco and alcohol, and Barrett’s carcinoma, as I have already said, is related to obesity. As for intestinal cancer, it has often occurred in people who consume low-fiber products and eat too much meat.

— At what age do you think it is necessary to conduct a screening examination?

— If a person is not in an at-risk group for colon cancer, one can start doing it at the age of 50. However, recently, there were discussions with increasing frequency about the need of early diagnostic procedures, because the disease began to manifest itself at an earlier age. So, in Italy, an examination is conducted at the age of 45. Those who have a genetic predisposition to oncology need to take care of this 10 years before the age at which a relative was diagnosed with cancer. For example, if that disease manifested itself in a 40-year-old mother, then the children need to undergo medical examinations at the age of 30. Campaigns for the early diagnosis of colon cancer are being widely conducted in Switzerland and other European countries. They are extremely important, as they attract the attention of ordinary citizens, to make them think it over and not postpone the appointment with the doctor.

For the esophagus and stomach, it is better not to delay and undergo medical examination at the age of 40, and even at the age of 30 if the patient is in an at-risk group or has symptoms.

— And how frequently one should undergo medical examinations?

— It is preferable to repeat an examination of the large intestine every 10 years, and of the stomach and esophagus annually, especially if a person is in an at-risk group.

— Which diagnostic techniques of carcinoma at the earlier stages are the most effective?

— It has become possible to detect a precancerous condition and a tumor in the esophagus, stomach and large bowel. Today, many people undergo endoscopic examinations for preventive purposes. Due to the high-tech endoscopes, which are much more sensitive than the previous ones, we can see the slightest changes that occur in the digestive organs.

— Can we detect the cancer during a common gastroscopy?

— But it turns out that one can do it without surgical interference?

— Yes, this is so. In the past, a patient with a malignant neoplasm, even if it was not yet a carcinoma, was sent to surgery and a part of the stomach or esophagus was removed. Today the situation has radically changed; the method of submucosa resection is used instead.

— Could I, without being a specialist in this field, describe this process in a figurative way: during endoscopy, it seems that you pull out a tumor, and if everything goes well, then the patient leaves you in an hour without cancer? You can forget about the endocavitary operation, after which the risk of various complications is known to be estimated at 20%?

— Whether a full operation is necessary is decided on the basis of tissue examination of the esophagus or the stomach in each concrete case. Only a few criteria are important: the depth of penetration of the tumor, its aggressiveness, risk of penetration in the lymph nodes, etc. If these indicators are not beyond the critical ones, then the affected area can be cleared by using the endoscopic method. So, at the stage of early disease recognition, you can do without surgery and without chemotherapy.

— How long has this method been used?

— It started to be discussed 20 years ago. The first to experiment with the submucosa resection were Japanese doctors; then they passed the torch to Europe. The Japanese often have gastric cancer, but they rely on surgery only in extreme cases due to their philosophy. Probably that was the reason why they thought about how to treat cancer with sparing techniques. Then the technique was adapted for esophageal and colon diseases. I was able to learn this unique technology.

We have been using this method in our practice for 15 years already; we have performed more than 300 such operations.

— How long does the operation last?

— Depending on the size of the neoplasm, from 20 minutes to 3.5 hours. We use general anesthesia only in the case of a long procedure. For example, I prefer to perform endoscopic resection of large carcinomas with complete anesthesia. Most commonly we use the usual sedation

— How big is the danger of carcinoma relapse after the extraction? Can it appear elsewhere?

— This depends on the tumor stage found in the resected tissue. In general, the risk is small if the tumor is superficial. If the tumor invades deeper areas, the risk of affected lymphnodes increases. Then sometimes surgery or radiation chemotherapy is necessary. It is necessary to understand how important it is to detect the disease early to get rid of it. This is the only way to avoid surgery.

— Are there any effective methods of prevention?

— The best prevention for colon cancer is to have a screening colonoscopy.

— Could you please give an example from your practice that would clearly illustrate the effectiveness of the resection method?

— Recently, a foreign patient was treated in our clinic. Thanks to the timely medical examination, he was diagnosed with an esophageal cancerous tumor. The doctors offered him a radical operation, which he refused. But he completed a course of radiotherapy and chemotherapy that destroyed almost the entire tumor, except for a small fragment. The next stage of treatment was a new course of chemotherapy and radiotherapy. My colleagues and I decided to perform a resection and extract the tumor fragment endoscopically. And it gave us a positive result — nothing was left of the cancerous tumor. Today the main task of the patient is to regularly attend examinations.

Professor of medicine, head of the endoscopy department of the Clinic for Gastroenterology and Hepatology at the Zurich University Hospital.

He was born in the German city of Selb. He studied chemistry at the Technical University of Munich and medicine at the University of Cologne. In 1986 he received a doctorate in medicine. 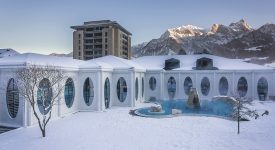 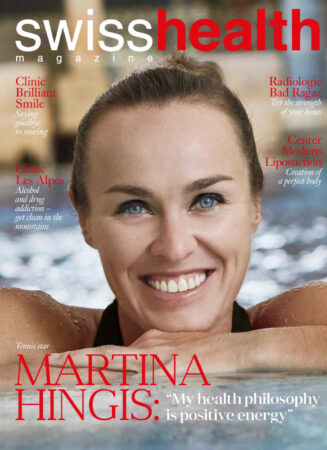 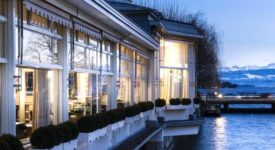 Workshop & Networking: “Meeting in the Alps”

SHM is an informational partner of “Medshow. Treatment abroad”